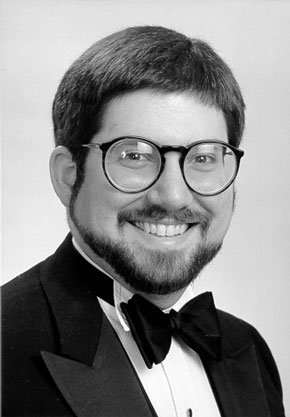 For over thirty years, Dr. Kevin Mack has served the musical community as a conductor, singer, and player of historical keyboard and woodwind instruments. A native San Franciscan, Kevin earned degrees in Conducting, Vocal Performance and English-Philosophy from University of the Pacific, Yale University, the Juilliard School, and the Hartt School. He has been a pupil of Robert Shaw, Roger Wagner, Arthur Weisberg, Allen Forte, Claude Palisca, and David Diamond. To increase his teaching effectiveness, Kevin completed a certification program in music given by the Connecticut Department of Education at Wesleyan University.

Kevin has served as Music Director of the Torrington Civic Symphony and Hartford Philharmonia Society as well as churches and synagogues throughout the state. Presently Minister of Music at the Congregational Church of South Glastonbury, he also serves the New Haven Jewish community as the choral director at Congregation Mishkan Israel and music director at Temple Beth El-Keser Israel.

Teaching and administrative positions in Connecticut include a stint as Music Department chairman and Director of Choral Activities at University of Bridgeport, Director of Choral Activities at Southern Connecticut State University and Director of Fairfield County’s Regional Center for the Arts. For several years, Kevin taught chorus and assorted music classes at six area colleges and at Wilbur Cross High School in New Haven.

In his spare time, Kevin serves as board member and past-President of the Association of Connecticut Choruses. Positions with other musical organizations have included Community Chorus chairperson of the American Choral Directors Association and sub-Dean of the American Guild of Organists, New Haven Chapter. Kevin is listed in International Who’s Who in Music.